Finally getting around to post this… have been working on it for over two weeks! (welcome to life with 2 under 2!

As you all know miss Chloe was breech and we were given a 10-15% chance that she could flip back on her own. My sister suggested that we go to the pool and do flips and handstands to try and get her to turn. So, on Sunday, April 6th we headed to the pool and did just that- summersaults and handstands (it was a sight to see I am sure…a 9 month + preggo woman flipping around). We said lots of prayers and asked all of you to pray…. and trusted that whatever happened the Lord’s hand was in it. We went in for an ultrasound on Monday, April 7 and sure enough she was head down! Praise Jesus!! Now we were just hoping that she would stay that way till Thursday, when we had our c-section scheduled…

Thursday, April 10 at 7:30 am we drove to the hospital to get another ultrasound and make a plan for when we would get to meet our baby girl. Our doctor hooked us up and scanned my belly and low and behold she was still head down and in perfect position to have vaginally!! So, no need for a c-section, now we just had to decide if we wanted to induce due to a “unstable vertex” (meaning she could flip back at any point) or if we just wanted to wait it out. I was ready to meet our girl that day and we had all the grandparents in town… but I also wanted to make the best decision for us and the baby. So we had our doc check to see how far dilated I was (Aubs had checked me the night before and I was still a 1 … so I wasn’t expecting much), but again much to my surprise I was a 3!! That made me decide to go ahead and induce! But first I needed food since they made me fast in case we would have a c-section 🙂 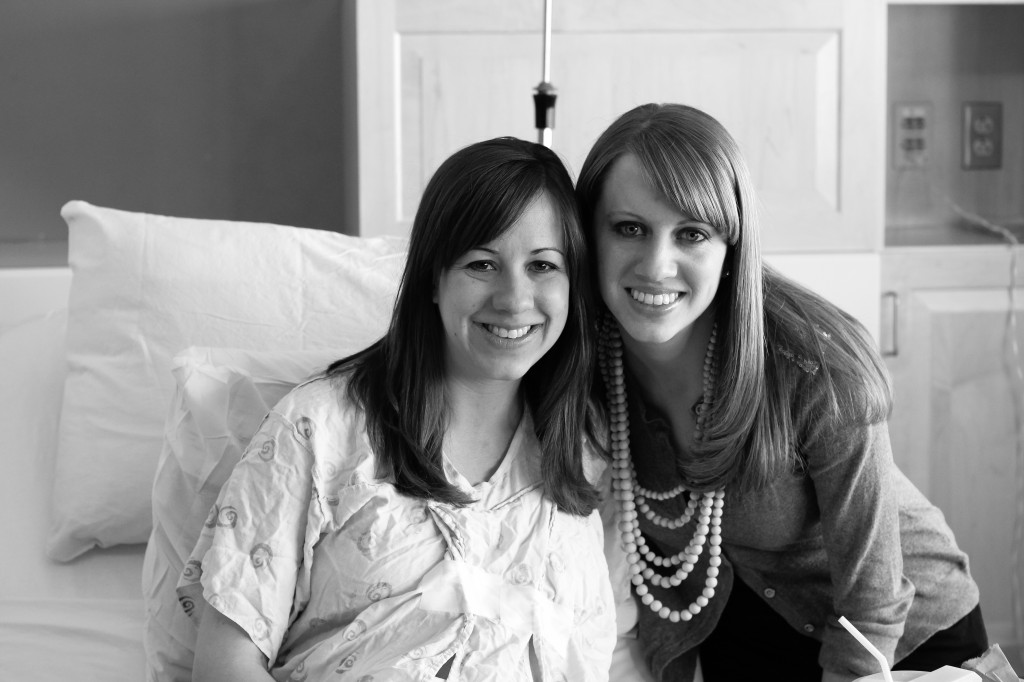 Around 9:30 am we got checked into our room, that Aubrey had picked out for us- with a great view and lots of natural light- perks of having a sister as a nurse! Our doctor decided that we would start with a cooks catheter (a balloon they insert to cause you to dilate to a 4 or 5) and wait on pitocin. However, as soon as she inserted it, it wouldn’t stay because I was already around 4.5 cm! So, she said that there was no need for an induction at that point, we were just going to wait and see what my body would do! At this point I was not having consistent or painful contractions, so we decided to walk the halls to try and get stuff started… 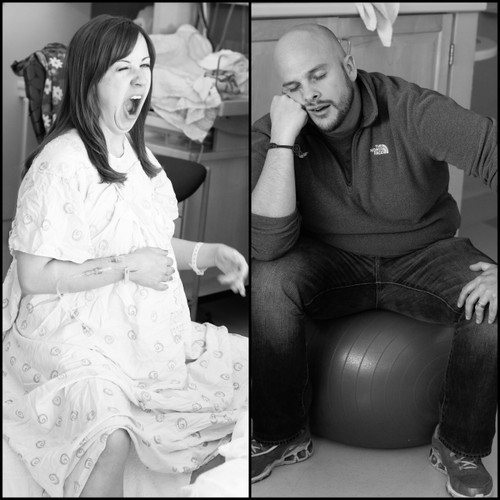 About 12 pm I was still around 4.5 cm and not having much action in the contraction department (we almost started playing a round of “BS”, but decided to walk around some more instead) so my doctor suggested we get pitocin started. About and hour or two after they started pitocin I started feel contractions and getting a little more uncomfortable (finally!… I know as strange as it sounds I was looking forward to the “can’t-talk-inbetween- contractions stage because I wanted to get this show on the road). We did a lot of walking the halls and sitting on the birthing ball. About 4 pm my doctor came in to break my water and thats when labor really kicked in… I was now getting to experience the “can’t-talk-inbetween-contractions stage and was quickly reminded that I wanted that stage to be over! 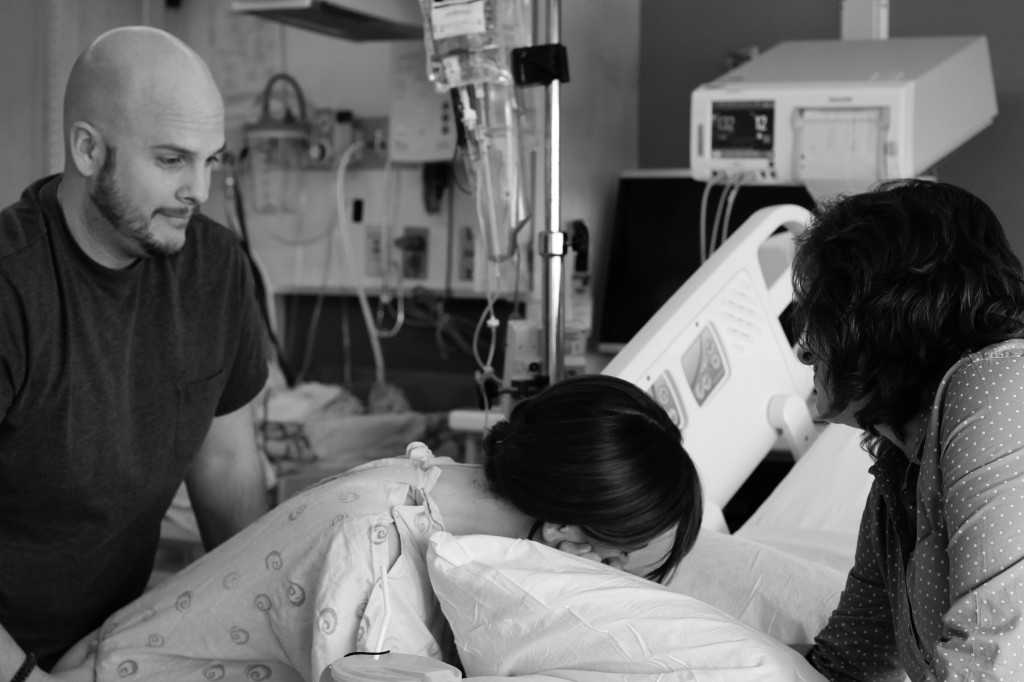 I had such great support during labor…. my own personal nurse, hand masseuse and back masseur  🙂

At some point (I don’t remember when) I wanted to get a little relief from the pain so I requested for some Fentanyl, which takes the edge off and allows you to rest in-between contractions. This stuff was great and lasts about an hour. As soon as they gave it to me I felt a lot better and felt almost like I was high. I leaned back on the bed and my family asked how I was and I just gave them a big smile and a thumbs up! ha During this time I requested to use the “peanut ball” to help open the cervix (Aubs had told me what a miracle worker they were), since I was just laying there… this was super painful during contractions, but I was thankful to rest a little bit in between. After all this they checked me and I was at 7 cm. So I got up to change positions…. then started to feel like I could/wanted to push, so they checked me again… I was a 7 again… sigh. At this point I started asking for the real drugs (epidural)… I was just hesitant because I didn’t love they way it make me feel last time, but was D.O.N.E. and needed to rest. 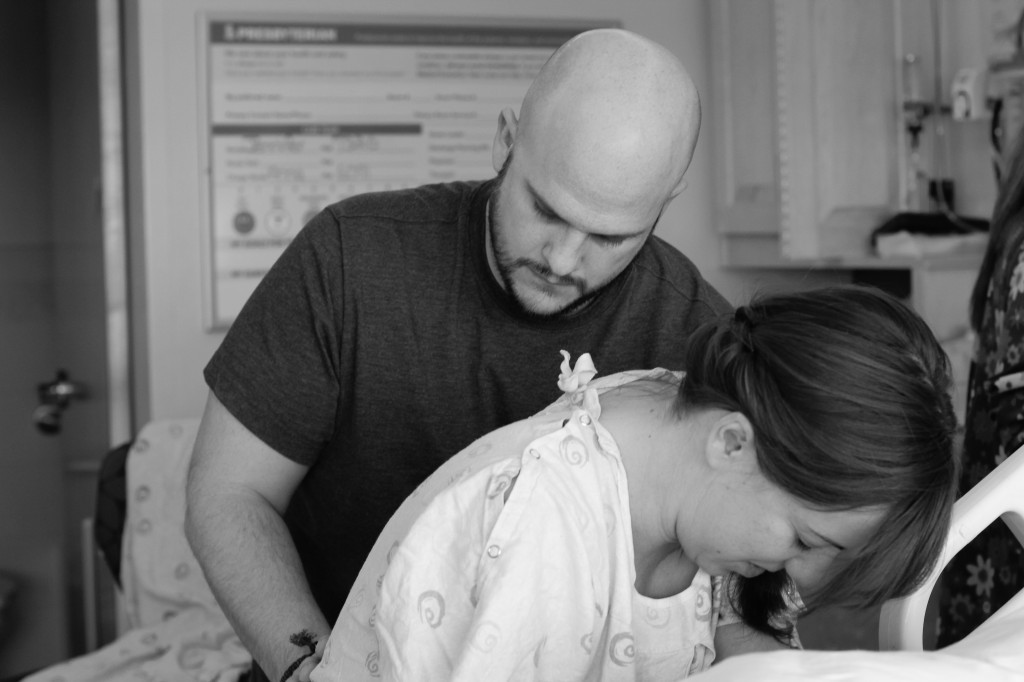 I am so thankful for the partner I have in Chase, he was so patient, kind, loving and encouraging before, during and after labor. He is more than I deserve or could ask for. I really enjoy the closeness that labor brings… what a gift from God!

As we were waiting for the anesthesiologist to come and work her magic, I felt like I could push again, so they were thinking maybe I could be complete! So they checked me… nope now I was an 8. I said, “get me the drugs” after this news… So I got them… it was SO painful and SO hard to sit still while she poked my back, but Chase was my support and helped me through it. During this time I felt an even stronger urge to push… so they checked me again and I was a 9!! (all of this was around 9:30 pm or maybe a little later) They were telling me that the drugs probably wouldn’t fully work or take effect by the time I was ready to push… but it would give me some relief…. I was totally fine with that, in fact that sounded way better to me- I wanted to be able to feel when it was time to push. At 10:15 I was at a 10 and they called the doctor and by 10:28 pm Chloe was here! I only pushed twice and she came 🙂

Chloe’s cord was wrapped around her neck really tight and so the doctor had to cut it before she could be delivered completely. She was put on my chest right away, but then they took her to the table to get fluid out of her lungs and just make sure she was ok… and about 3 minutes later she was back on my chest. So thankful for the doctors and nurses and for their care for us. What a little miracle Chloe is. 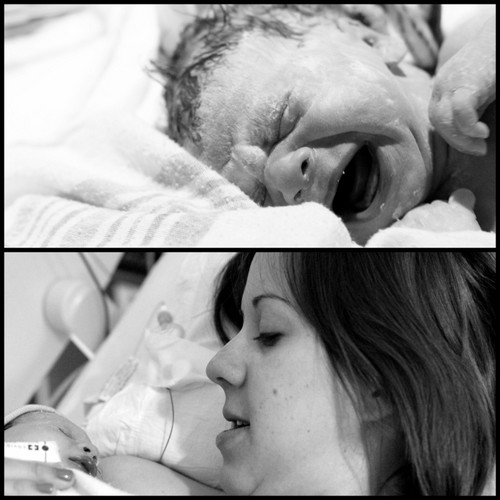 in love all over again… 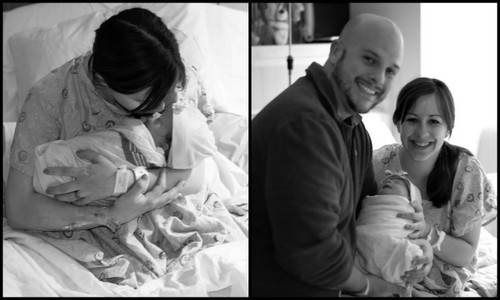 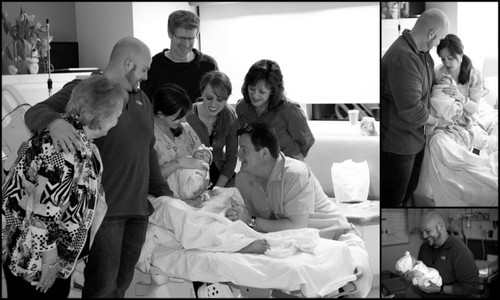 Chloe’s doting fan club 🙂(papa, grandma and big sis weren’t able to be there, but admired from a far! – Jaju came by earlier as well)

I am super thankful and happy with the way my labor went. It was such positive and fun experience. I loved being at Aubrey’s hospital and seeing her in her element (she is great), getting to meet her co-workers, getting to have family in the waiting room, getting ice chips (yup, didn’t have those in the Middle East) and for the food that was delivered to my room while we were in the hospital. I was happy that I labored naturally for the most part, and am even happier that I was able to get the “good stuff” in the end to help me finish strong. All in all it was a really great experience! Can’t wait for my next baby, however we hope to wait a little longer this time! 😉

(sorry for the Loooong post… good job if you made it to the end!)

This entry was posted in Chloe, Family. Bookmark the permalink.