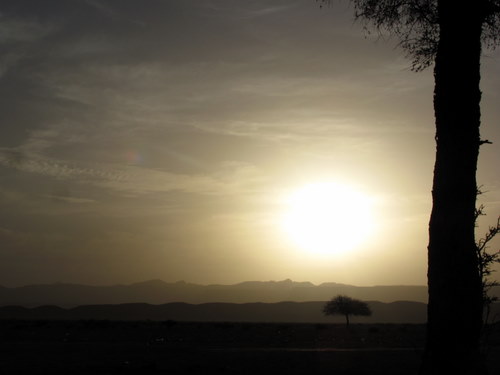 Hope you all have a blessed Easter celebrating why we can sing that we are alive & all things are made new!

*more on our Easter festivities soon*

Posted in Uncategorized | Comments Off on Glorious Day!

Today in our culture lecture at school we were talking about the difference between “stress” and “pressure” and what it means to have culture stress or strain… I found it ironic since I just posted this last night. Turns out (which I already knew, but always nice to have it confirmed) that I am normal! Also, I learned that this stage in Arabic is called, “the month of onions”… First you have the honeymoon stage (month of honey) and then the onions– makes sense to me!

I can also see that after time the onion stage can bring great flavor to life, just like they do in food.

Just thought I would share this fun fact with you. Love how God has great timing for all things.

in life are super sweet these days. I wouldn’t say that I am homesick yet, but I am having to adjust to the slower pace of life. It has been strange going from 100 miles a minute to practically nothing. We have been resting the past couple of days… trying to gear up for school, wind down from all that has happened over the past year, and adjust to a new way of life. I am in general not the greatest “rester” there ever was… so it will be a learning process for me. I have already discovered that I am going to need to have at least one outing everyday to get some fresh air, see the sun, and explore. Here the woman generally stay inside (at least that is what I have seen so far… and they are smart for it cuz it is only going to get hotter- so they are where the A/C is!) and so when we have gone for walks I am one of the few woman out. Once we start making local friends I hope to join the women inside, but for now my only way out is to go for walks with Chase- which has been great so far.

Since I have a hard time just laying around & not being some what productive, last night I decided to craft!  We needed to add a little Valentine cheer to our apartment, so I made a heart garland with crocheted yarn & cut out kindergarden hearts from construction paper… I had fun! 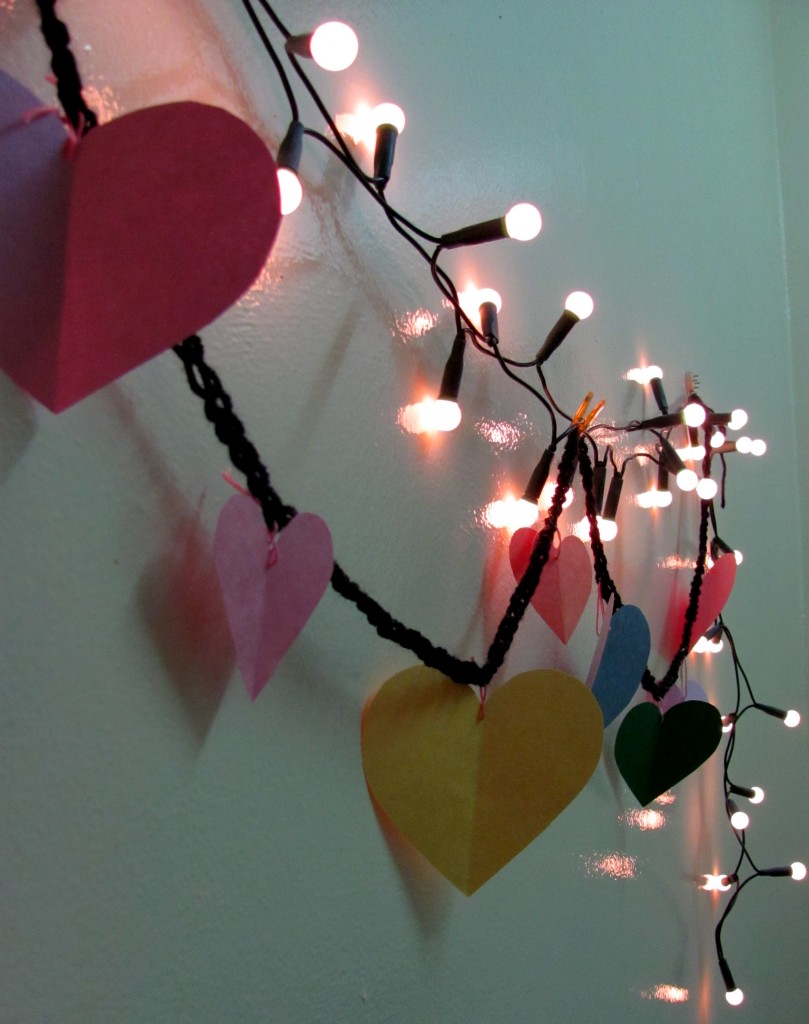 For dinner we made pancakes and eggs – we love breakfast for dinner! In the states this was a common dinner for us and I generally never cooked bacon, sausage or ham with it, however, last night I was wishing that we had it! I am not really sure why except for the fact that I can’t have it or buy it here. Guess I should have had it more often while we could… 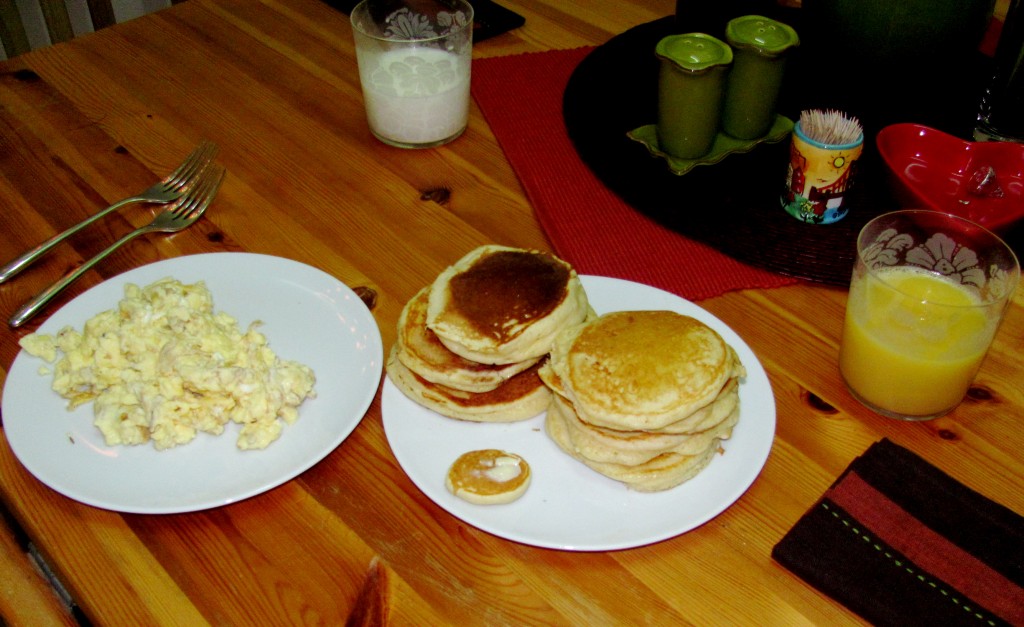 Nothing else is really new here except we are currently looking for a car so we can explore further than our neighborhood and get around easier! All is good in the McGough household- we have much to be thankful for!

It seems like we have lots of lists sitting around our house lately, but not very many checks by completed items. Do you ever feel this way?

However yesterday we got to make a BIG check mark next to book plane tickets!! We finally did it- we are officially headed to the desert on Sunday, January 16, 2011 and will arrive in country on Monday, January 17! I can’t believe it is actually happening. It feels serial. We are thankful for all that has happened to bring us to this point.

Now we just need to get a few more things checked off so we can actually board the plane that day!

So, our house is officially on the market…

We have spent the past week packing boxes, making tons of piles (keep, take, throw-away, give away..) taking things off walls, touching up paint, deep cleaning, etc… It has been quite the week. We had tons of great help from our wonderful parents (thanks mom, Glenda, & Cecil- we love & appreciate all of you more than you know!). I am not gonna lie the past week was kind of a blur- it was emotionally, physically, & mentally exhausting. But at the same time I am super thankful that we did it now and didn’t wait until December! Now we can just enjoy our time in Lubbock with friends & not have to be packing and cleaning. I can’t tell you what a blessing that will be.

I have mixed emotions about the house… it is sad and exciting. Sad because we got engaged in the backyard, we had many of TECH victory bonfires in the backyard (which included burning down a chair once! ha– good times college was), it was our first house together, we hosted our small group with our church for over a year in our living room… And exciting, because it means that our “new beginnings” have officially started. It feels like we have been talking about, praying about, and dreaming about this move since we started dating and it is actually really happening now… the “for sale” sign makes it all the more real. 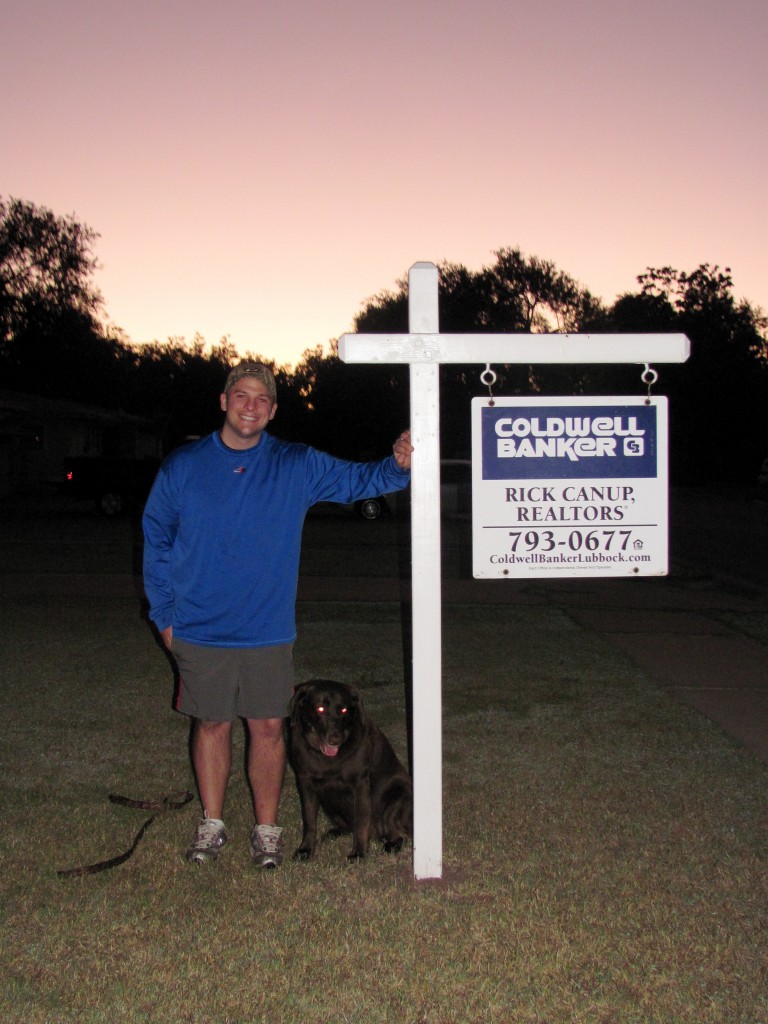 After a sweet early morning walk with Paige. 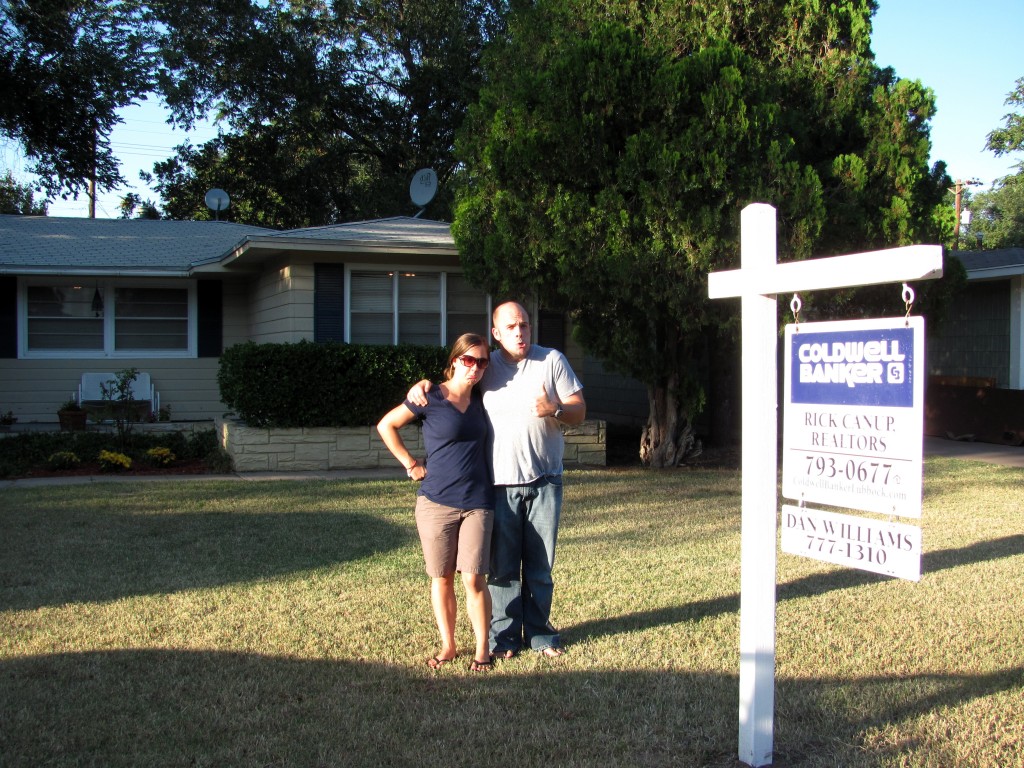 Do you remember the movie liar liar? There’s a line in the movie where Jim Carey is talking about his ex-wife’s boyfriend (to his wife):

When I heard that, I was in total bewilderment. What does that even mean?

But, it never fails, someone whips the phrase out when they learn my name with a chuckle as if it is something that I naturally identify with. Huh? Are you comparing me to an old cartoon man? Did you see a cane in my hand? Do I look like I am all bent over from a bad scoliosis episode?

Maybe there are some similarities though. Besides that fact that we pronounce our names similarly, us McGough’s do tend to get ourselves into some interesting situations. AND somehow things happen to work out.

There are some other characteristics. We have a high aptitude for saying the wrong thing at the wrong time. For example, my lovely wife (who is developing the family trait quite well after two years of marriage) pointed at a stain on my shirt after our 2 year anniversary dinner and said, “Aww babe,…your such a mistake (messy).” Thanks, babe. Love you too.

I, on other hand, am much more natural. My intentions are more thought through. I once gave a pump up speech to my high school football team during half time. We were losing 56-0 at the half to Southlake Carrol. In my speech, I compared us to the Alamo, and that the historical Gold Smith Stadium was our Alamo. Crickets. It did not have the effect that I had envisioned in my head. Whenever I am home, my friends tell me to “remember the Alamo.” Awesome.

So, this is us. We are loud. We say and do quirky things. We drool (me), we are clumsy, we lose EVERYTHING, drop EVERYTHING, can get lost in our own house, are sometimes confused between dreams and reality (Britt), and are completely jovial/unaware in the whole process. This is who we are.

Moving overseas should be interesting. 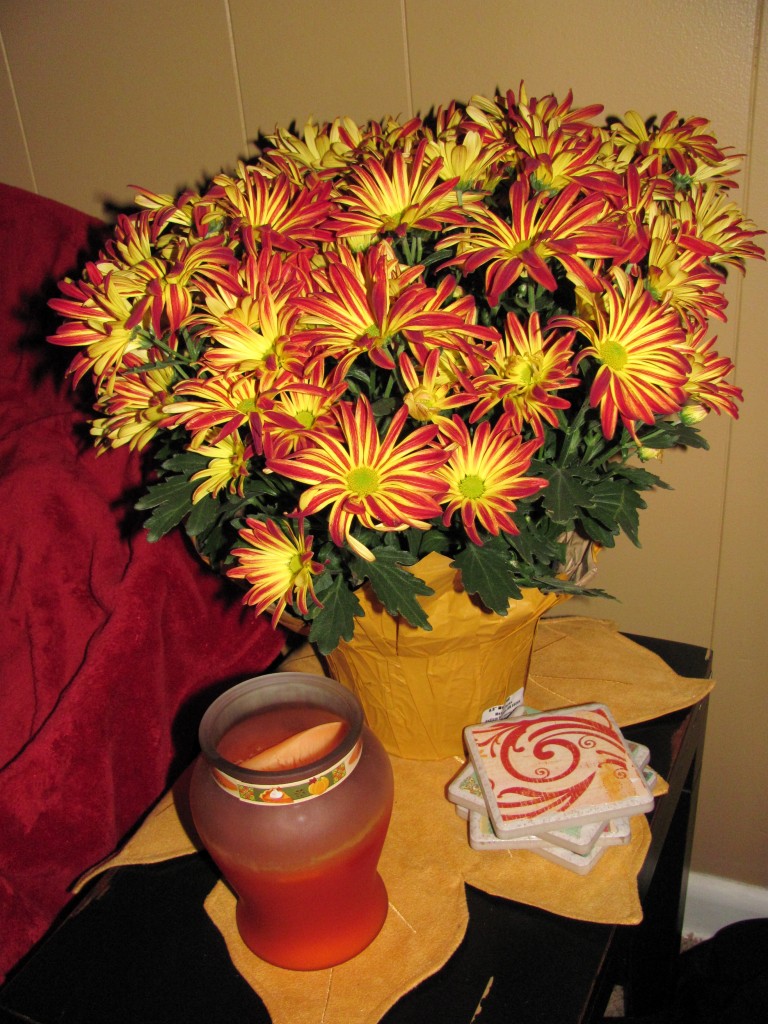 wishing it would be fall…

It has continued to be in the upper 80s-mid-90s here in the LBK. We are about to move somewhere that stays pretty warm all year long (70s in the winter) and REALLY hot in the summer (130 degrees!). Therefore, I would love it if we could enjoy some cooler weather here until we go. For now, I guess I just get to enjoy our house decorated for fall and the beautiful flowers from Chase (pictured above)

I love fall for that following reasons:

Hope you all are enjoying your “fall” so far! We have only 3 weeks left in Lubbock till we are on the road for a while… which has made my heart sad lately. I am trying to trust in the Lord and His soverignty and perfect timing.

Look for a post on “Things we want to do in Lubbock before we Leave”  soon!

Mrs. Myers!! My little sister, Aubrey, also known as “little one” got engaged on August 1st! We are so excited for her and Knate and can’t wait for the big day. I must say I was SUPER excited that Knate proposed sooner rather than later because now I get to be part of all the planning fun. We have already looked through tons of magazines, gone wedding dress shopping, and looked at bridesmaid dresses… thank you again Knate for allowing me to be part of this special time in Aubs life .
Another blessing is that Knate and Aubrey are going to get married (most likely) on July 2, 2011- which means Chase and I will be home next summer to celebrate and be part of the BIG day! I wouldn’t miss this day for the world and so thankful that we get to have one more Johnson girl wedding.

Congrats Aubrey and Knate- we love you both and are so excited to see where the Lord takes you both. Knate thank you for loving my little sister and for making her so happy- I love seeing her “Knate face” (HUGE smile) every time she talks about you. Can’t wait to call you brother! 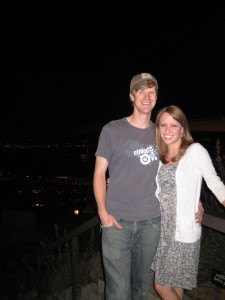 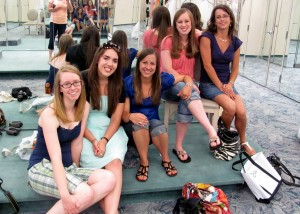 Posted in Uncategorized | Comments Off on soon to be…

a few weeks ago my two sisters and cousin Lindsay all got together for the weekend to work on crafts, lay out by the pool, eat great food and take pictures with my grandma (will post these once we get them). We had a fabulous weekend and hope to make it an annual event (or at least whenever Chase & I make it back in the states..) So blessed to have them all in my life.

Here are a few pictures… 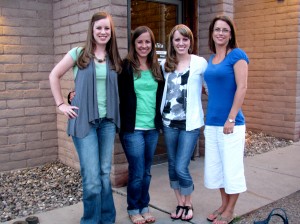 after a yummy green chile dinner! 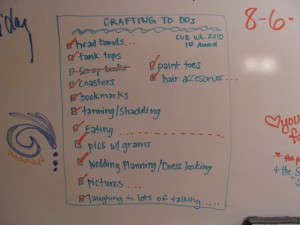 our weekend "to do" list... all done, but scrap-booking 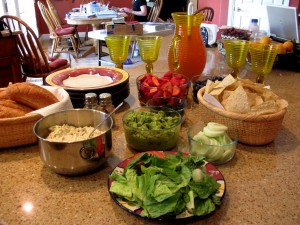 one of the many yummy meals mom prepared for us! 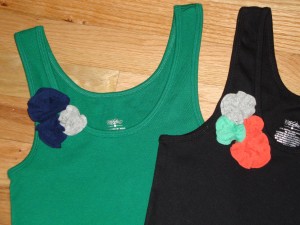 one of the crafts... 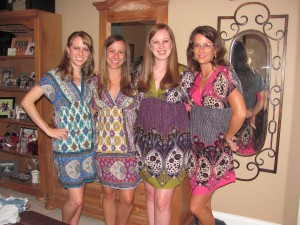 mom bought us all matching dresses!

Oh I almost forgot we also did a little wedding planning and looked at wedding dresses while we were altogether because Aubrey is ENGAGED!! I will post more about this soon!

Posted in Uncategorized | Comments Off on crafty kind of weekend! 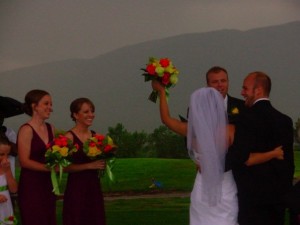 Chase & I have been married for 2 years (yesterday was our anniversary!). It has been an incredible two years of our lives… lots of life changing events, big decisions, road trips, laughs and tears.

Yesterday we went to dinner at Thai Pepper and we were discussing some of our favorite memories together over the past two years. I thought I would share a few with you…

Those are just a few of our favorite memories…looking forward to many more!

Thanks for who you are Chase- I love you! 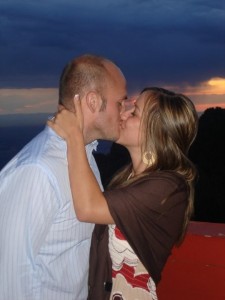